By Elliott Richardson in Media News on Thursday, 05th December 2019 at 2:27pm
Policy and innovation news site, InnovationAus has undergone a facelift and launched its own Asia reporting desk, named InnovationAsia.

InnovationAsia currently sits under its parent site but will become a standalone content producer in the future.

InnovationAus publisher Corrie McLeod spoke to exclusively to Influencing about the recent changes, saying she hoped to bring a more Australian perspective to innovation reporting and policy reporting in Asia.

“James [editor of InnovationAus, James Riley] was very keen to make sure that the reporting really focused on markets to the north. I think the view was that there's a lot of connection and reporting when it comes to Silicon Valley and also I guess other parts of the UK and Europe. But for us being part of the region there was a lot of opportunity to shed some light on where Australia played a role in the innovation sector from a regional perspective.

“So it's always been a focus over the last two or three years, quite a bit of time being networking relationships, trade missions and better understanding the region in advance of the launch,” she said.

InnovationAsia is currently in a soft-launch phase as the company branches out, but McLeod said they will be bringing expert contributors on-board as well as diving into the China market.

“It is currently a soft-launch but there's a mix of things including you'll see Graeme Philipson's byline, we're just working with trade organisations and networks that we've created on contributing content from people we consider as experts in each of those regions. We're just trying to go country by country and get the lay of the land. What are the opportunities and the landscape in Japan for example? You'll see we had a contributed piece from Innovation Dojo.

“We've taken a basic snapshot and we'll continue to build on top of that. China is obviously the big question for everyone. There is a base level of reporting that we can do externally, but what we will be doing is partnering off with an organisation that has a business involved in publishing insights on policy from China, so that's coming because we understand it's very difficult to report on that meaningfully not being in the region and it's a complex area and it's one they've invested in heavily.”

McLeod adds that they will continue to build the editorial group in house.

With 2020 on the horizon, McLeod reflected on a busy 2019 that has allowed the publisher to reset.

“I think we know now what we're very good at and we know what our opportunities are and I think we've mobilised to take advantage of those in 2020 just given the re-alignment in 2019.”

McLeod added that being an independent media outlet has been challenging but has allowed them the freedom to adapt in an ever changing landscape.

“It's been an experiment in investing in independent media and it's been a journey but I think having the luxury— which is sometimes a painful luxury —of being independent is starting to get interesting for us.

“Publishing and media is a really tricky place to be and that landscape is always shifting and I guess we're really enjoying being a part of it in a way where we can apply some experience through some independent, challenging subjects and hope it makes an impact,” said McLeod.


Please note that Influencing is used EXCLUSIVELY by media and influencers, as well as professionals who manage marketing and communications within their organisations, so we need a work email address. 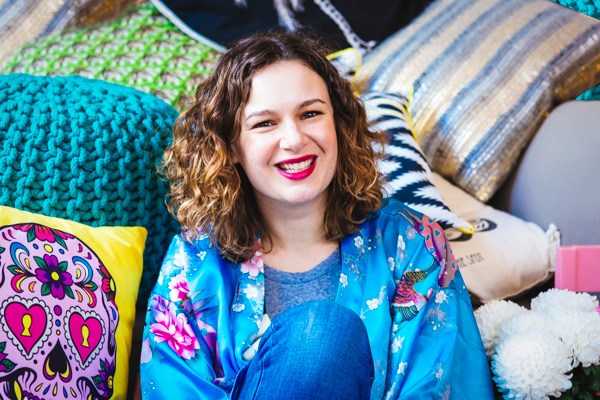 Lauren Sams has been appointed to a fashion editor position with the Australian Financial Review (AFR).

She had spent the past year with the paper as correspondent and luxury editor, which included editing the quarterly Luxury insert.

Rosie Camilleri has moved up at the Melbourne Herald-Sun as its new opinions editor.

The post will also see her process opinion materials for the Herald-Sun’s weekend edition.

She had previously been subeditor for the paper and Leader Community Newspapers.

Chris Dutton has been appointed news director for the Canberra Times.

He had spent the past five years at the sports desk as editor.

Marshall is well-known for his contributions to leading travel publications including 4×4 Australia, Pat Callinan’s 4×4 Adventures, Camper Australia, and Caravan World.

“I will continue doing what I love: Living the dream, Sharing the Experience,” said Marshall of his new appointment.

AusGamers and the fight for a better game culture

AusGamers is approaching its 20th anniversary, a rare feat of longevity in the digital domain. But its success is in no small part thanks to a passionate core of staff and fans who have known and loved the site since its earliest days as a file mirror and forum.

Stephen Farrelly has run AusGamers since its shift toward covering games, and with a monthly audience in the 250,000 per month ballpark he’s proud of what the site has become since then, and proud that he pays the people who contribute to the site.

Scheduled for release every Thursdays, the publication is designed to educate the public on STEM-related matters, including profilers on leading researchers and new scientific advances.

It will also support the advocacies of industry body STEM Matters, of which Ahern is the CEO.

“There’s definitely a hunger from within the STEM sector, and from the wider community to hear from the experts and be inspired by the progress and results in meeting the biggest challenges that we face as a society. The Brilliant plugs that knowledge gap,” said Ahern.

The plan calls for The Brilliant to be published as a free newsletter, with paid advertisers to follow if readership grows.

Catching up with David Hague on the Australian Videocamera journey

David Hague is an industry stalwart and has been carving his own path with his Australian Videocamera website and e-magazine for a good long time now. We asked him a few questions to help catch us up on his approach and how the efforts have been going.

How long have you been running in this format now? How often has it been tweaked along the way?
About 7 years now. Major tweak was going from web only to jointly with an interactive approximately monthly PDF once I discovered how to embed video into a PDF as a streaming file (NOT an easy task!). Adobe tell me they have made this easier in the latest updates of InDesign and I am investigating this now.

We have also changed from the original monthly magazine template designed web hosting system to a flexible WordsPress one (3 years ago). We did a brief flirt with a name change to Film Video and Virtual Reality (and the website still reflects this behind the scenes) but it didn’t have the right “ring&rdq
READ THE FULL STORY

The Mint Partners lands new accounts to work on.